The Articles of Perth [1618] - Usurpers, Pretenders, and the One True King. 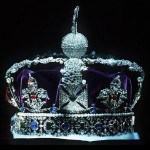 From The Reformation/Articles of Perth:

The declaration and subsequent ratification by Parliament of the Five Articles of Perth was a watershed in the relationships between the Crown and the Presbyterians. This imposition was the first to directly affect the public, some of whom resented interference with their style of worship. The Articles did not, however, impact the Sabbath and the common people were still able to continue with their routine worship. The changes were most noticeable when the Communion was celebrated (mostly annually); and over time in the ways the minister delivered prayer, psalm, Scripture and sermon. Dissent within a parish and congregation largely depended on the view of the minister and the extent to which he agreed with the changes.

Until the General Assembly in Aberdeen of 1616 King James had been focussing on the structure of the Church as he wanted it. At the Aberdeen Assembly a new Confession of Faith was produced, a catechism for schools, and a new Liturgy with a form of public service to replace that of John Knox. Significantly, however, James proposed five new canons of the church. Surprisingly the bishops themselves recognised the likely impact of summarily imposing the new Canons and for once, James listened to them.

His high handed visit to Edinburgh in May 1617, accompanied by the use of the Anglican rites in the chapel at Holyrood Palace raised the publics` temperature and James bridled at their resentment. He harangued his bishops and demanded they provide reasons against his Five Articles and his claimed prerogative to legislate for the Church. As a result it was agreed to call a General Assembly to which many promised obedience. A consequence was a carefully selected Assembly which met and approved the articles at Perth on 25 August 1618.

1. The Communion must be received in a kneeling posture. (This was most obnoxious to the Presbyterians).

2. Private Communion was permitted in cases of sickness.

3. Private Baptism was permitted when necessary.

4. Children should be catechised and blessed by Bishops ( Confirmation ).

5. Christmas, Good Friday, Easter, Ascension and Pentecost were declared as Holy days not only of the Catholic Church but also the whole Kirk.

The representation at the Perth General Assembly on 25 August 1618 was packed with government supporters The prelates were in control with Archbishop Spottiswoode acting as Moderator claiming that right in the absence of an election, because Perth was in his diocese. Spottiswoode also told the gathering that the vote would be recorded and those voting against would be notified to the King. Spottiswoode had been told by the King in a letter of 6 December 1617 that he should get on with the changes. This had been followed up by a letter to the Privy Council to withhold stipends from rebellious ministers. But the vote of 86 to 45 carried them through. This disgraceful bullying did not stop 45 ministers from voting against.

The Articles were confirmed by the Edinburgh Parliament on 4 August 1621 (called Black Saturday as it was both by deed and fact a dark stormy day). Following ratification the king wrote to the prelates in a letter of 12 August telling them that

The sword is now putt into your hands; goe on therefore to use it; and let it roust noe longer till ye have perfited the service trusted to you, or otherwise we must use it both against you and them . If anie or all of you be faint- hearted we are able enough (thanks to God) to put others in your places who both can and will make things possible which ye think so difficult.