"Be strong and of a good courage, fear not, nor be afraid of them: for the Lord thy God, he it is that doth go with thee; he will not fail thee, nor forsake thee."
(Deuteronomy 31:6 – KJV) 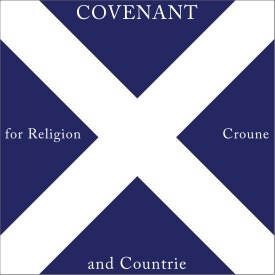 The heroine of this story is Lady Margaret Douglas who was born in Scotland in 1610 and then at a young age married the man who became the love of her life, the First Marquis of Argyll, Archibald, Lord Lorn.

During her first pregnancy Lady Margaret suffered from a serious illness. The doctors told her that to treat her illness the life of her child would need to be sacrificed in order to save hers. Rev. James Anderson, author of the book "Ladies of the Covenant" writes this about her:

"But from this proposal the heart of the mother recoiled, and on no consideration would she give her consent. In the good providence of God, however, the life both of the mother and of the infant was saved..."

Of Lady Margaret’s marriage to Lord Lorn, we are told that both she and her husband shared great piety and would spend early morning hours together in prayer.

A tragic event in Lady Margaret’s life which clearly revealed her courage is when her husband was arrested and imprisoned in 1660 for his outspokenness and firm adherence to the Solemn League and Covenant. This was during the reign of Charles II. His tyrannical reign became one of terror for the principled and brave Scottish Covenanters.

Lady Margaret believed that her husband’s enemies would do him great harm while he was imprisoned. She and her husband’s friends planned a daring escape in which she would trade clothes and places with the Marquis in his prison cell for him to use as a disguise. Finally the day came when the plan was to take place. Lady Margaret was prepared to suffer, if need be, in order to save her husband’s life. However, the Marquis suddenly changed his mind and spoiled the plan for his own escape. He then resolved "to suffer to the uttermost." Lady Margaret’s worse fears came into being. The marquis was soon afterward sentenced to be beheaded for treason to the king.

These are the words spoken to Lady Margaret by her husband before his martyrdom, which strengthened them both as they trusted the Lord Jesus Christ, their Sovereign, to the very end:

"Forbear, forbear," said he affectionately to her; "truly I pity them; they know not what they are doing: they may shut me in where they please, but they cannot shut out God from me: for my part I am as content to be here as in the Castle, and as content in the Castle as in the Tower of London, and as content there as when at liberty; and I hope to be as content upon the scaffold as any of them all…"
(Taken from "Ladies of the Covenant" by Rev. James Anderson)