Elizabeth Melville: 'Look to the Lord'

The resource used for this story of Elizabeth Melvill (Lady Culross) is the book “Ladies of the Covenant” written by Rev. James Anderson. 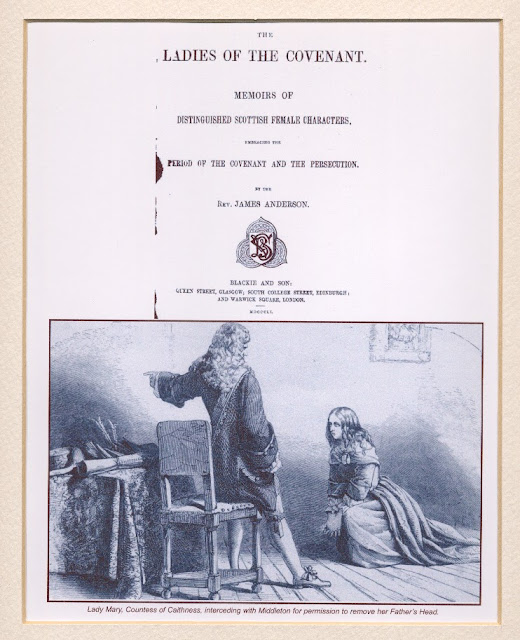 “Look to the Lord, thou art not left alone,
Since He is thine, what pleasure canst thou take?
He is at hand, and hears thy every groan:
End out thy fight, and suffer for His sake.”
(Excerpt from a sonnet written by Elizabeth Melvill in 1605 to John Welsh, a non-conformist minister of the Gospel, while he was imprisoned in the Castle of Blackness.)

Elizabeth Melvill was born in Scotland in 1578 and died in 1640. She was an extremely intelligent and highly educated woman who was well known for her knowledge of religion. She unashamedly supported and encouraged the non-conformist ministers who stood for freedom and liberty in the Church and the Worship of God.

The story has been told that Lady Culross was a devoted hearer of the preaching of the Gospel, and would often travel to different parishes to hear the preachers and to participate in the Lord’s Supper; it is said that thousands would often attend these religious events which were held in fields with open air preaching.

Lady Culross was often concerned that she may be neglecting her family and home by her frequent attendance to hear the preaching of the Scottish ministers, and once asked another Christian woman to pray for her family. When Lady Culross asked her what answer she got, the woman responded with “He that provideth not for his own house, hath denied the faith.” This response devastated Lady Culross as she felt the Lord was rebuking her for the neglect of her family. But her fears were soon laid to rest as the woman explained that it was not in that sense which she felt the words had been said, but that the Lord had instead said that “…he that provideth not for his own is worse than an infidel, will not I provide for her and her house seeing she is mine?”

Besides being a confidant and friend to the ministers John Livingstone and Samuel Rutherford, she was also a published author. In 1603 her poem “Ane Godlie Dreame” was published which became very popular. Even though it was only 12 pages long, it has been compared to John Bunyan’s “Pilgrims Progress” in that it is about a journey in a Christian’s life.

Here is an excerpt from “Ane Godlie Dreame” which I think not only also reveals the heart of Elizabeth Melvill, but it also speaks for the followers of Jesus Christ of today:

“Lord Jesus come (said I) and end my grief,
My sp’rit is vexed, the captive would be free:
All vice abounds, O send us some relief!
I loathe to live, I wish dissolved to be…

“I long for heaven, my heritage is there,
I long to live with my Redeemer here.”

Amen. Come quickly Lord Jesus as we also long to live with our Redeemer here.

(Originally written and published in may of 2007.)
Labels: "Ladies of the Covenant" by Rev. James Anderson Ane Godlie Dreame Elizabeth Melville Lady Culross