Showing posts from June, 2016
Show all


Lady Mary Johnson was the eldest daughter of James, Earl of Annandale and Hartfell, by his wife Lady Henrietta Douglas, daughter of William, first Marquis of Douglas, by his second wife, Lady Mary Gordon. She was married at Leith, on the 8th of March, 1670, to William, sixteenth Earl of Crawford, and second Earl of Lindsay, the son of John, Earl of Crawford and Lindsay, and brother to the Duchess of Rothes. Her husband, like his parents was a nonconformist, and great deference was paid to him by the Presbyterians. On this account he was, throughout the period of the persecution, a marked man; and, from the danger to which he was exposed, he once intended to go abroad, though he never went, but lived in retirement till the Revolution, which brought him deliverance and honour.

The early education and family connections of this lady tended to prejudice her mind against the suffering Covenanters. But her…
Post a Comment
Read more 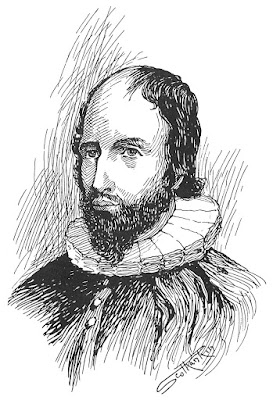 Posted at Banner of Truth:

William Guthrie, one of the holiest and ablest of the experimental divines of Scotland, was born at Pitforthy, Angus, the seat of his ancestors, in the year 1620. He was the eldest son of the family, and his superior genius was displayed in his early and successful attention to learning; but till his entrance into college life, he did not obtain that intimate and saving acquaintance with Divine truth which enabled him at once to stay his own soul upon God as the God of his salvation, and to prescribe most skilfully for the cases of spiritual disease that came under his notice. He felt himself greatly indebted for acquaintance with the way of holiness to the instructions of a near kinsman. This was his cousin, James Guthrie, then holding one of the chairs in the New College of St Andrews, and afterwards highly esteemed as the faithful minister of Stirling during the period of the Covenant, for his faithful adherence to which he obtained a martyr’s crown.