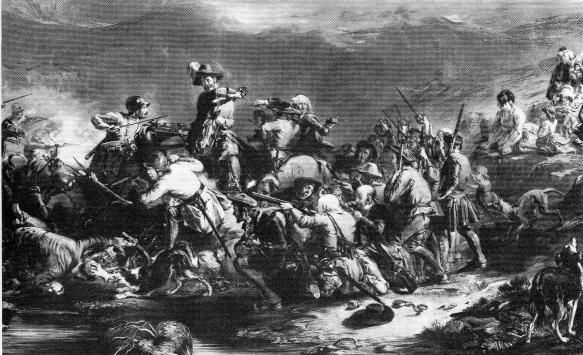 Changing Eschatology in the RPCNA (Part 1)

In 1807, the Reformed Presbyterian Church, now the RPCNA, published its first Testimony called Reformation Principles Exhibited which had been approved by the Presbytery the year before. Roughly following the chapter divisions of the Westminster Confession of Faith, this original testimony of the RPCNA adds a final chapter on “Testimony-Bearing”. The last paragraph of that last chapter states that
The church may not recede from a more clear and particular testimony to a more general and evasive one but the witnesses must proceed in finishing their testimony rendering it more pointed and complete until God shall according to his promise overthrow the empire of darkness and introduce the millennial state in which the earth shall be full of the knowledge of the Lord as the waters cover the sea.[1]

The reference to “the millennial state” is a reference to the standard postmillennial Covenanter eschatology which was dominant in the RPCNA until after the Second World War. According to postmillennialism, Christ comes after the “thousand years” of Revelation 20 during which Satan would be bound. This paper will trace the change from a postmillennial to an amillennial consensus in the RPCNA under the influence of J. G. Vos as the editor of The Blue Banner from 1946 to 1979, culminating in a new 1980 Testimony which, in its statement on eschatology, receded from a more clear and particular testimony to a more general and evasive one.
Continue here...
Labels: Covenanter History Eschatology History of the Reformed Presbyterian Church Reformed Presbyterian Church of North America