Popular tradition is littered with stories of secret tunnels used by the Covenanters to escape capture in their houses. However, there is precious little evidence for them, except in one case, that of Major Joseph Learmont of Newholm captured in 1682… 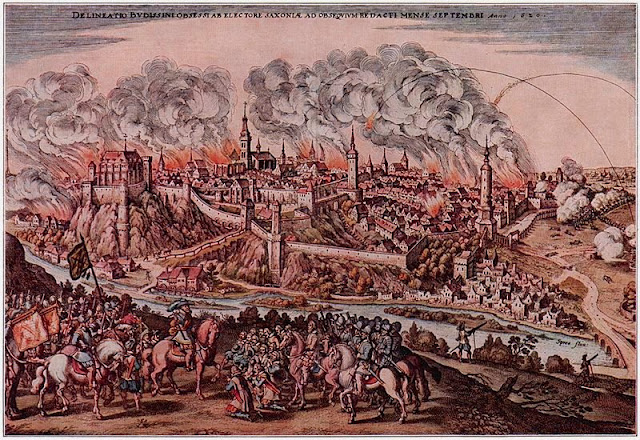 Learmont appears to have been a veteran soldier, given the recognition of his rank of ‘Major’ by all of the sources.

He had been a tailor, who through ability, had forged a successful military career before he commanded the Covenanter’s horse on the left at the battle of Rullion Green during the Pentland Rising of 1666.

Since he was in his late seventies when he was captured in 1682, it is almost certain that he had served in the wars of the 1640s or 1650s, either in Britain, or on the Continent. However, his name does not appear either in Edward Furgol’s exhaustive list of the officers involved in the Scottish regiments during Covenanting Wars of 1639 to 1651, or in the documents relating to Scots Brigade in the United Provinces. Perhaps less surprising, is that his name also does not appear in the list of officers involved in the Scottish Army after the Restoration. The lack of evidence for Learmont’s presence in Scottish forces may indicate that he served elsewhere.

It is possible that Learmont had served in the Thirty Years’ War for a Continental power like Sweden. His apparent knowledge of tunnelling techniques may suggest that he was familiar with military mines used in siege warfare.
Continue reading...
Labels: Jardine's Book of Martyrs Major Joseph Learmont